Comments: This flute was used professionally for many years, and was retired early in this millennium. It is a knowledgeable flute, and plays with authority. The Cooper scale and Cooper lipplate give this instrument a modern feel, yet it retains the rich and full tone of earlier times.

System: This excellent example of Powell in the 80's is a French model flute with B foot and gold embouchure. This is a classic Albert Cooper influenced instrument. The body is marked Cooper Scale, and the lipplate was specially made by Albert Cooper, according to oral history from the original owner. The embouchure shows Cooper's solution to greater volume in the boldly overcut sides.

Condition: This flute is in fine used condition. There are scant signs of player-generated issue, such as a tiny dent near the cap and at the crown. The mechanism is almost tight enough not to need adjustment, and the pads are still useable. A full overhaul is probably not in this flute's distant future, but sooner. The only signs of which one could complain are the pliers marks around the left-hand pins, showing someone's bold move while far from home.

Case: In probably original case, with a taped hinge. 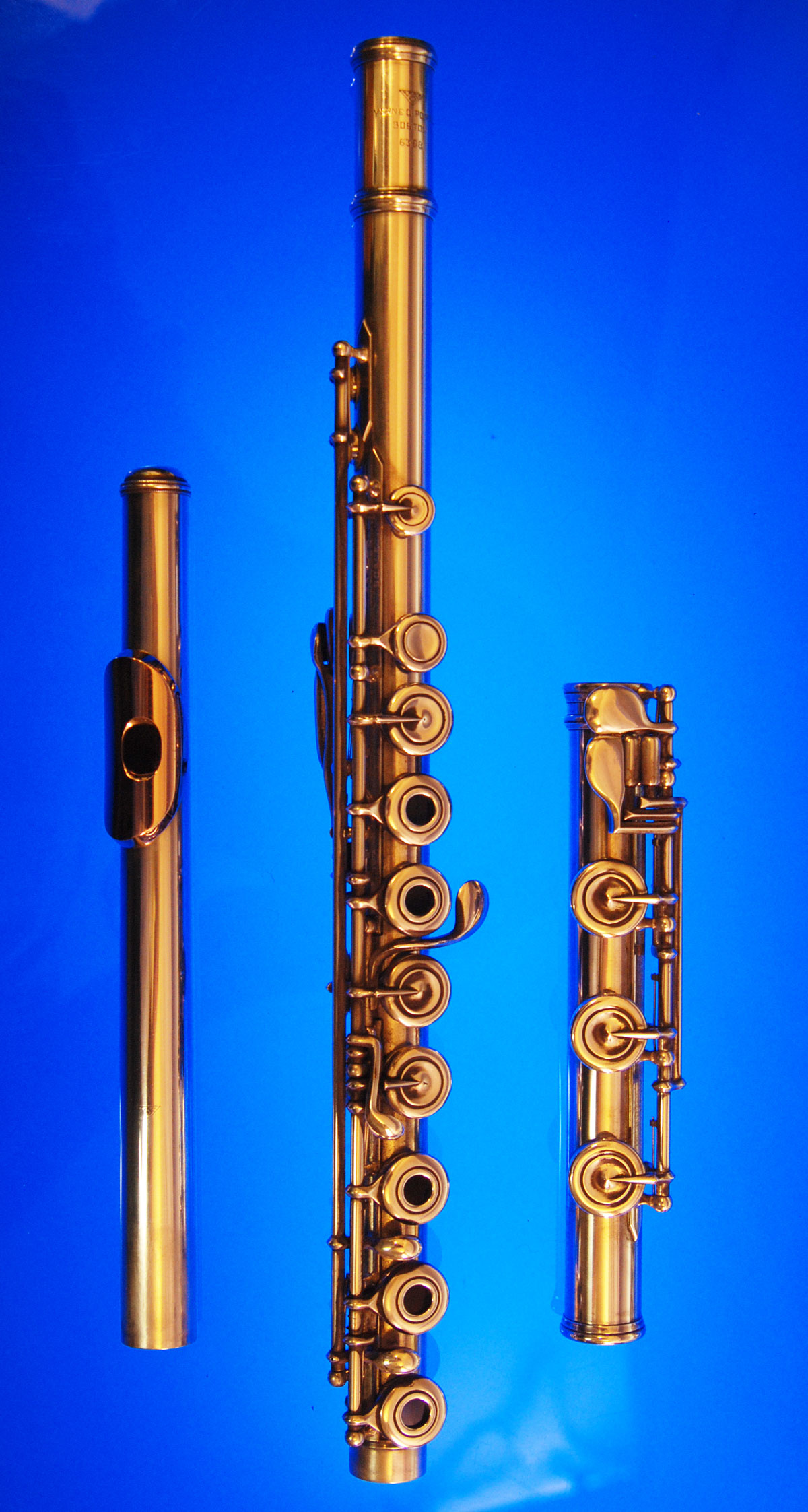 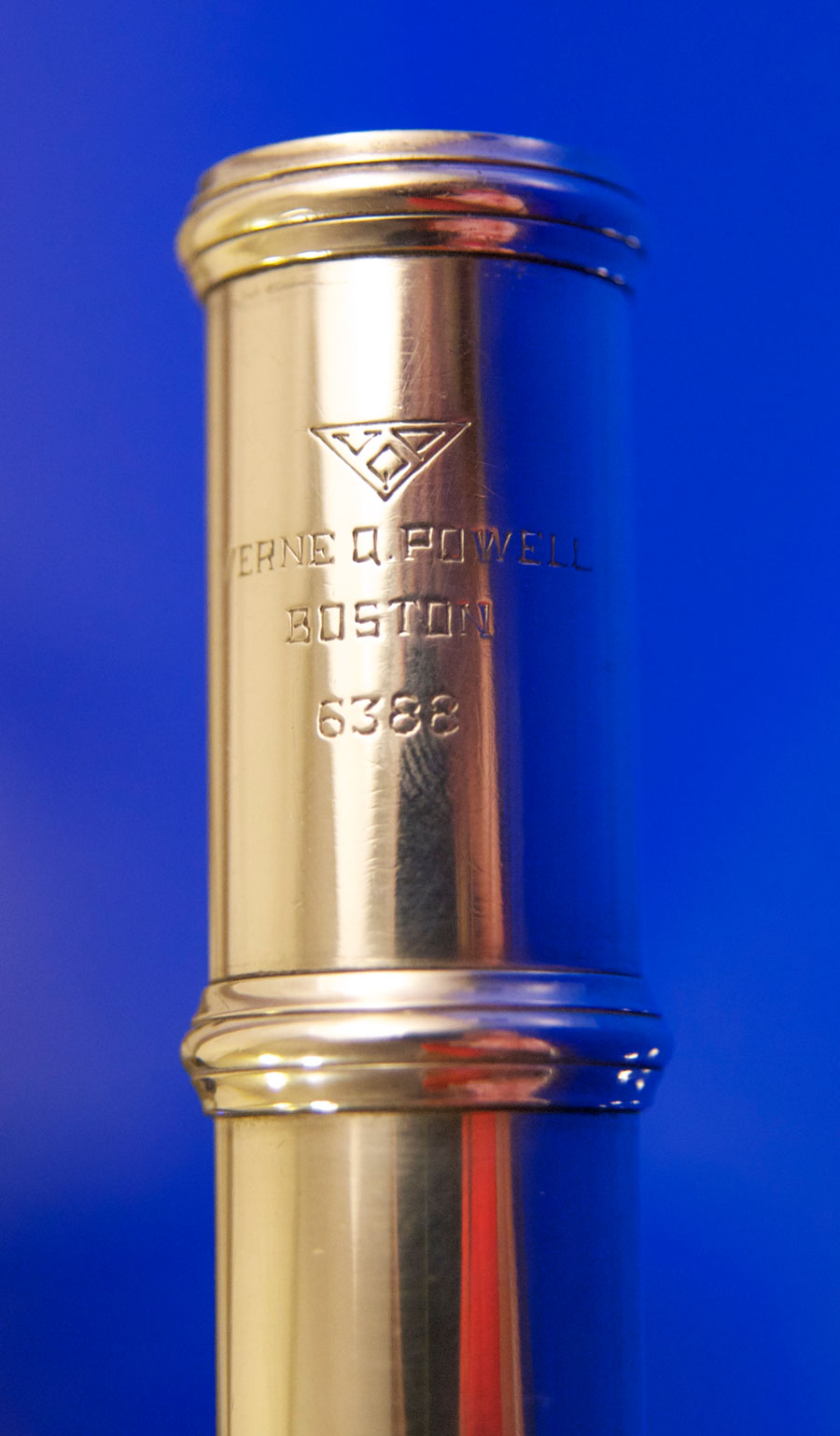 Powell #6388 was made in 1982, just one year after Ed Machon retired. This flute is solid, with a beautiful, richly textured tone.

The Powell right hand mechanism from the early 1980's. Still the design of Villette. 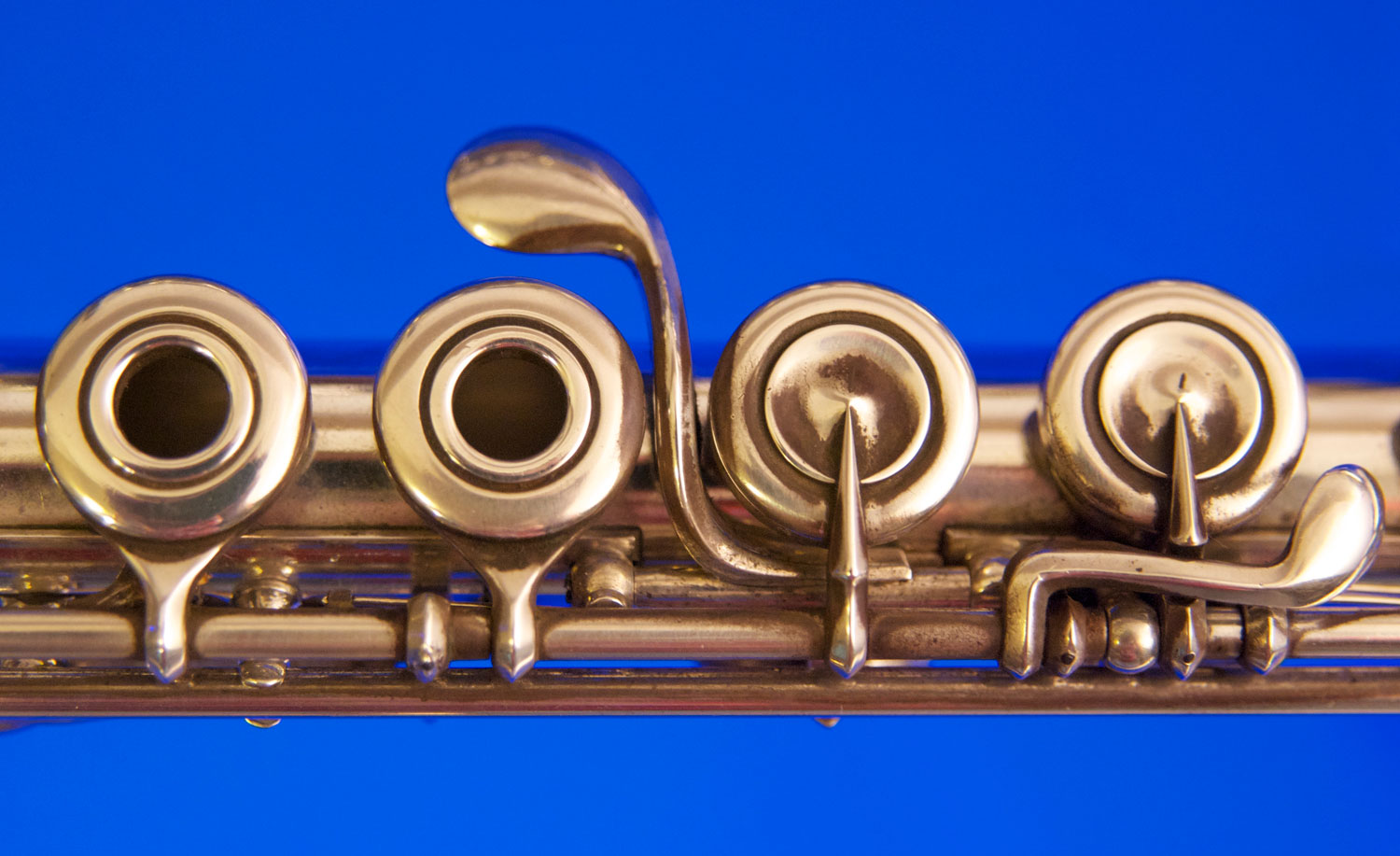 The G# area with the fluid French arms for the G# and Bb trill. 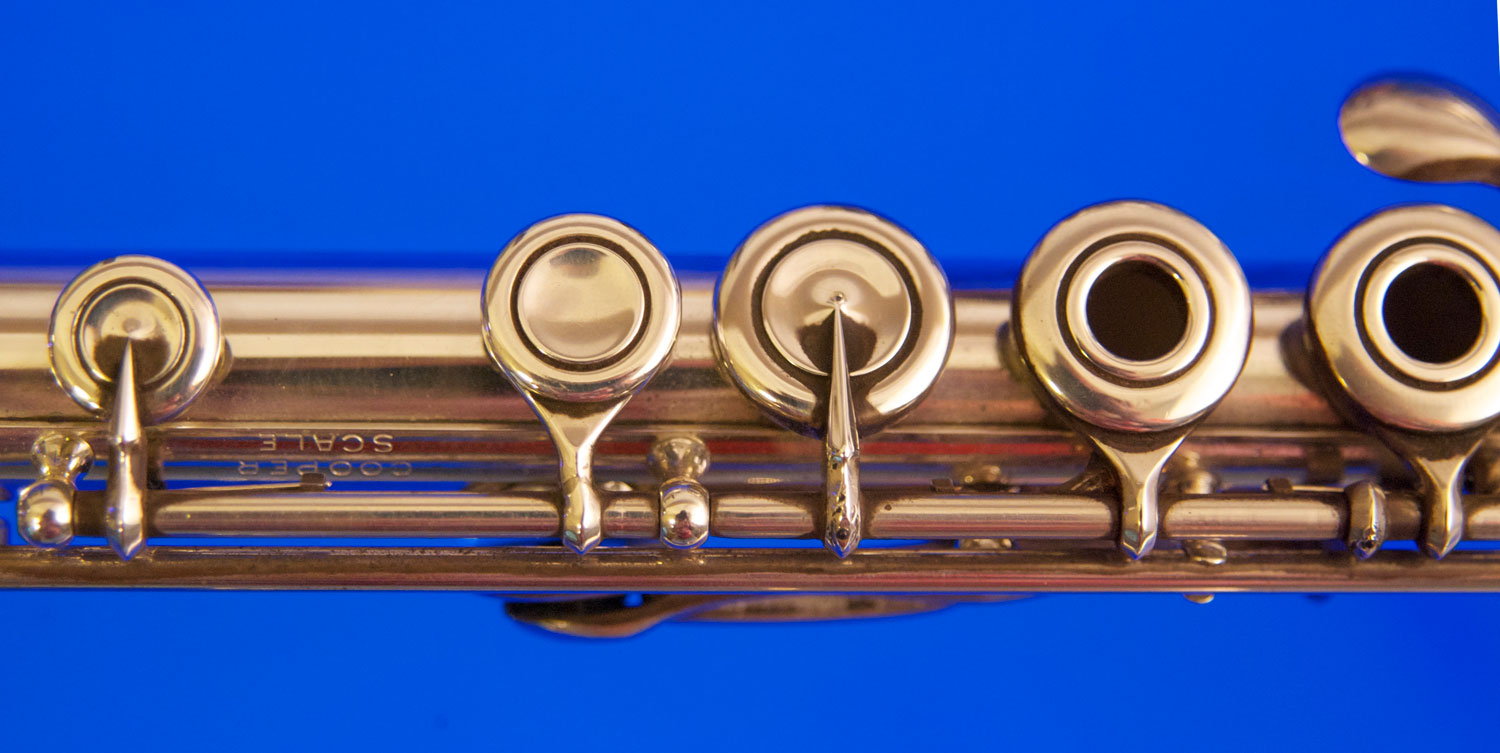 The left hand mechanism, with the Cooper Scale model written on the rib. The pin on the Bb cup shows the only instance of "country" repairs, where someone needed to pull the pin and clean the mechanism while on tour, without the proper tools. 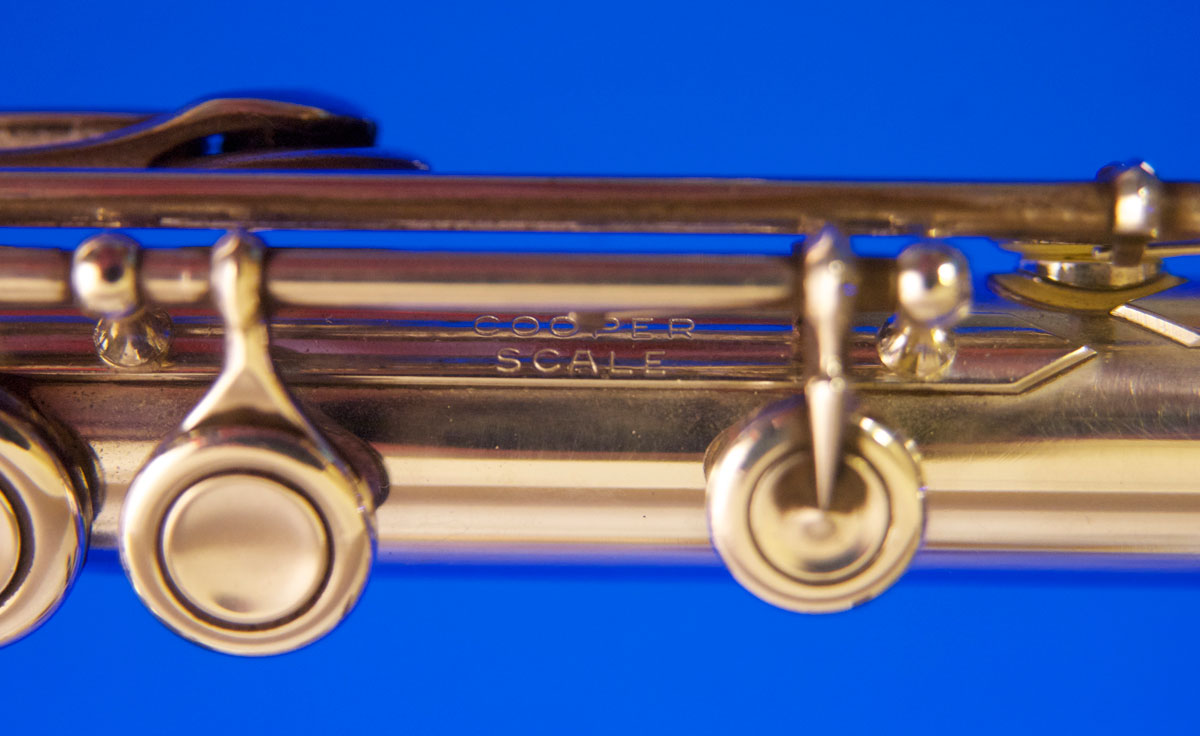 By the early 1980's Albert Cooper was sort of the Superman of the flute.

Powell's B foot also follows the design of the Louis Lot shop, especially the instruments of E. Chambille. Here we also see that the Gizmo is not yet in regular use. 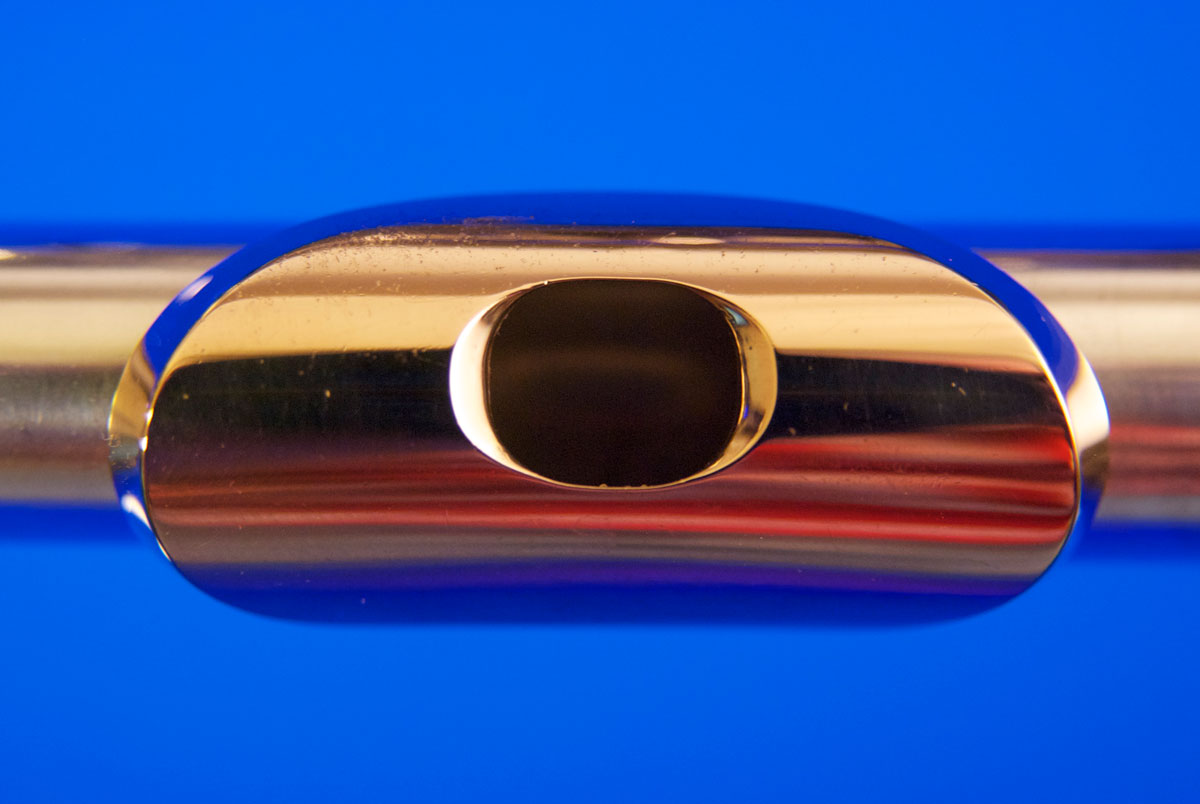 According to the owner, the lipplate was specially made by Cooper himself. Note the dramatic side overcutting. This lipplate gives a quick and easy response, with a surprisingly rich tone. 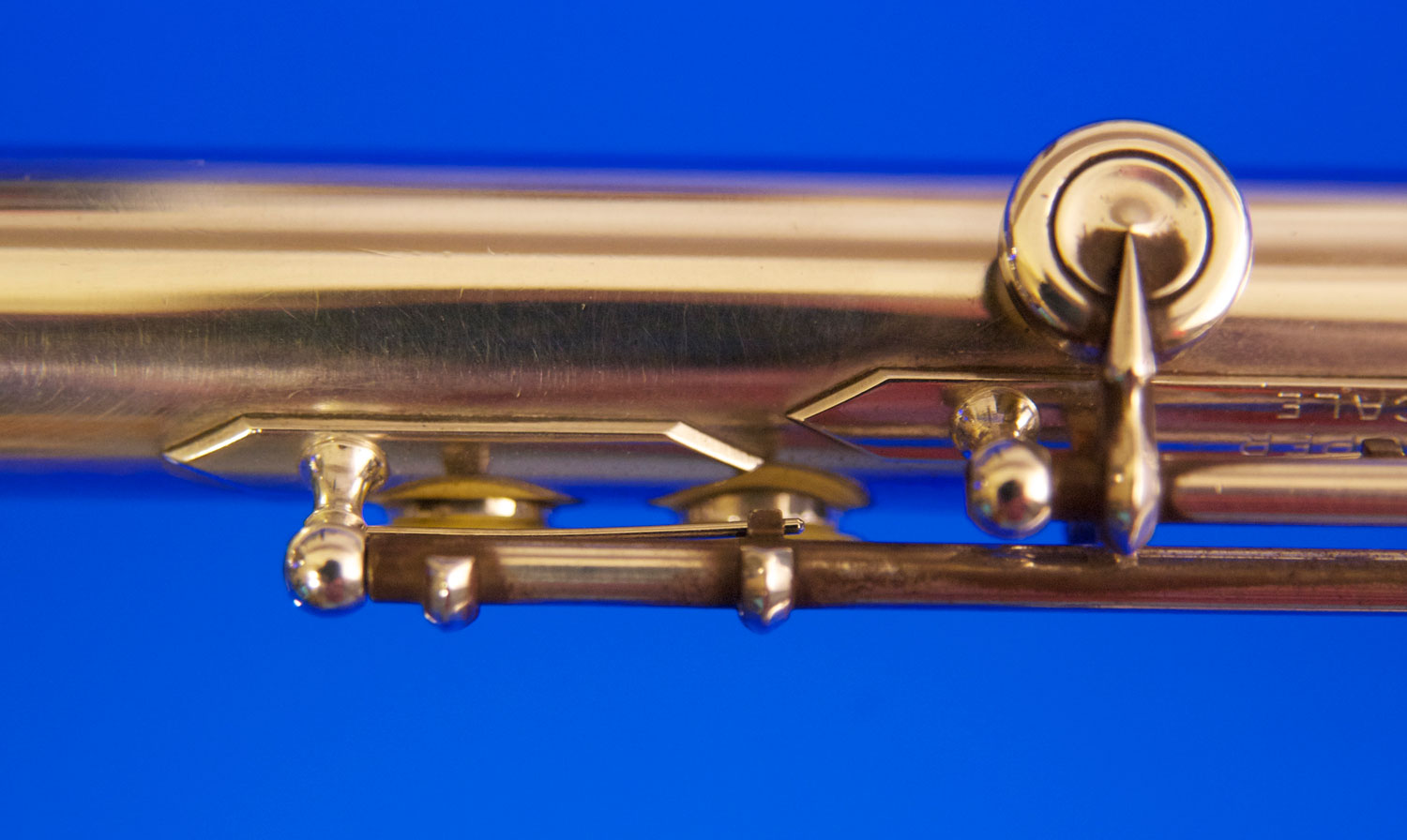 Ed Machon says that Powell did not care what angle his maker's cut the rib ends, as long as they were all the same on one flute. This finely cut and nicely finished set of ribs shows both determination and talent. 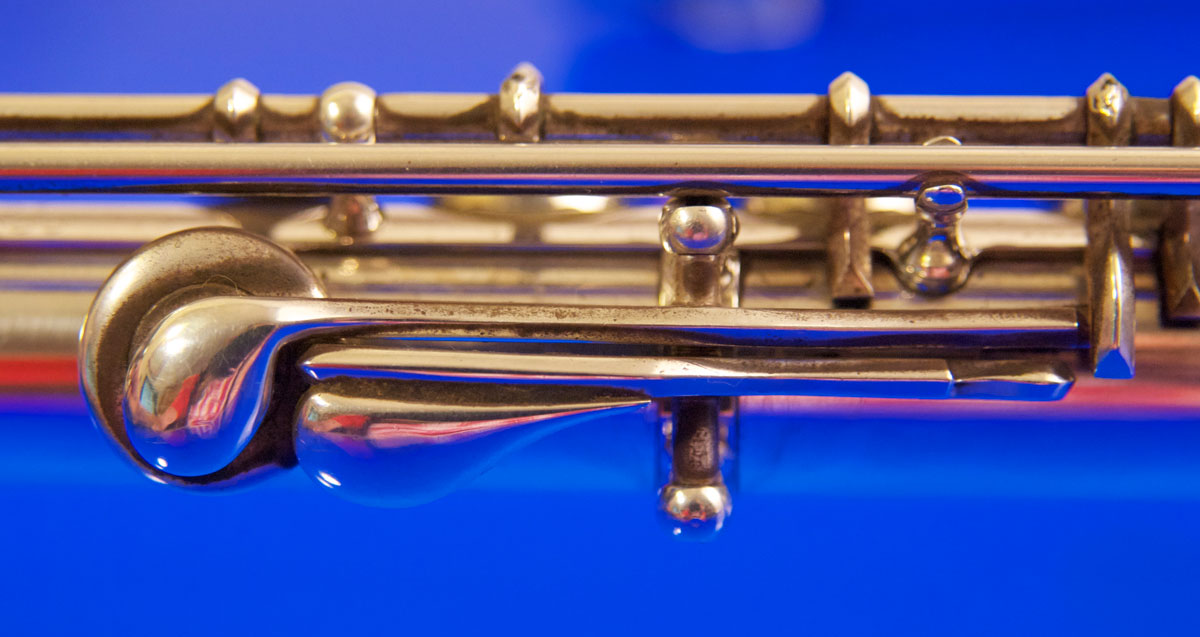 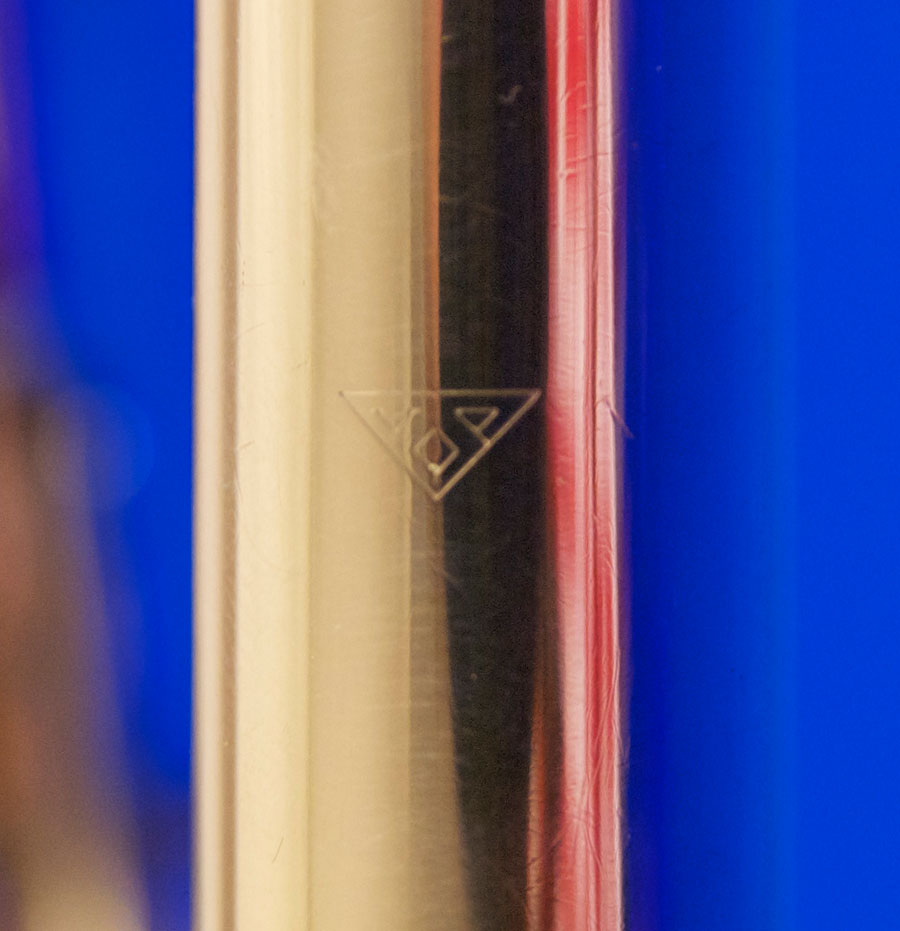 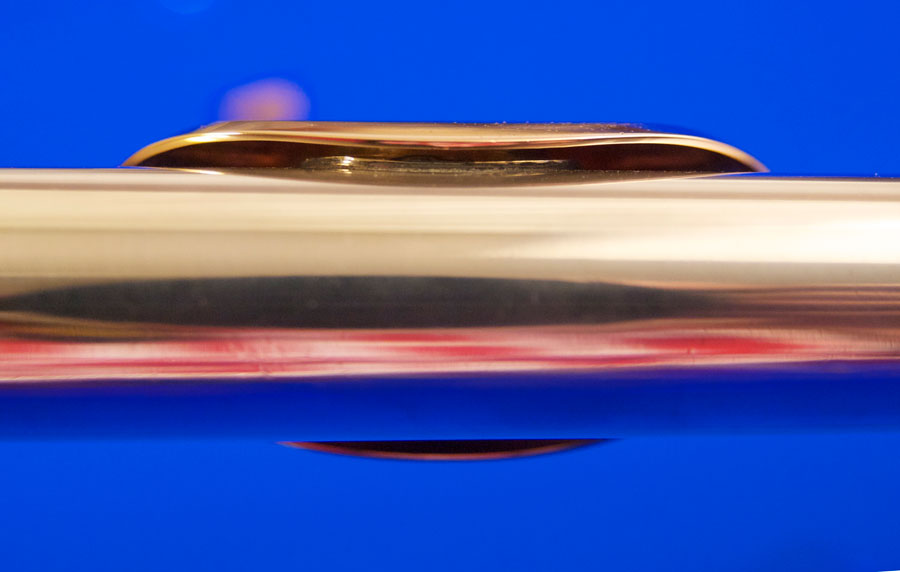