Stamp: Each joint is stamped: (Head of Medusa?)/ (in oval cartouche)CLAIR/ (SCRIPT) Godfroy ain�/ A PARIS/ (below cartouche) monogram CG. The three midjoints all have the monogram again next to the C key. Headjoint also with serial number: 5364.

Manufacture Date: We estimate an extraordinary annual average of 303 simple-system flutes from 1818-1836. Thus this flute would have been made in 1835.

Comments: This lovely flute has a sweet and clear high end, with an effortless high A, and a robust lower range. Louis Vincent Dorus, the young student of Guillou and the rage of Paris, used keyed Godfroy flutes until his conversion to Boehm around 1835, just as this flute was being made. Dorus played the solo at the March 1831 concert of the Soci�t� des Concerts on a keyed Godfroy flute.

Material: This masterpiece is made of grenadilla? wood with silver keys and trim. Footjoint keys with metal pad washers. Springs of steel.

System: This is a very beautiful 8 keyed flute, with three corps de rechang�. The foot is to C. The whole instrument is fitted into a suede lined two layer wooden case. This elegant instrument is the height of flutemaking for it's time. The use of extra midjoints rather than a tuning slide gives the flute the full range of pitch used in France at the time, from A=430 to A=448.

Condition: This magnificent flute is in excellent condition, with some signs of fairly considerable use. The heartpiece, or right hand joint, shown the most wear on the toneholes, followed by the shortest of the midjoints, which we estimate to be pitched at A=448. All of the silver lined sockets have minor hairline cracks, which do not threaten anything and have been filled. All of the tone holes and embouchure have the same style of cutting, which is less elegant than I would have suspected. This was not someone's later work, but looks rather to be the final adjustments for the original owner, or all of the holes would not have the same tool marks. At any event, the flute plays perfectly, with a strong and intense tone all the way up and down, as one would hope and expect.

Case: In the original case, having two layers for the flute inside a round wooden box. The suede finish is in excellent condition. The key is with the case, although the handle is gone. 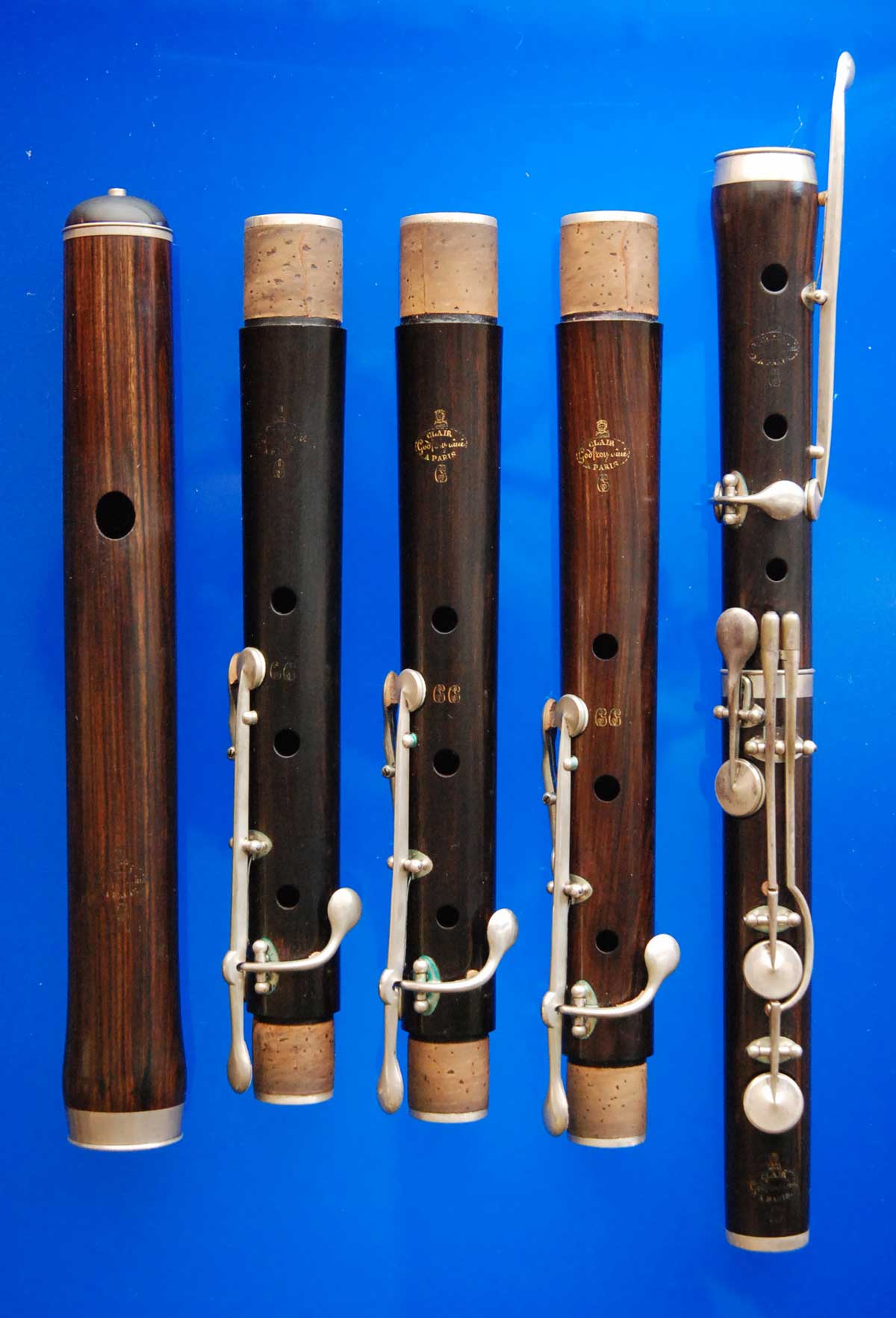 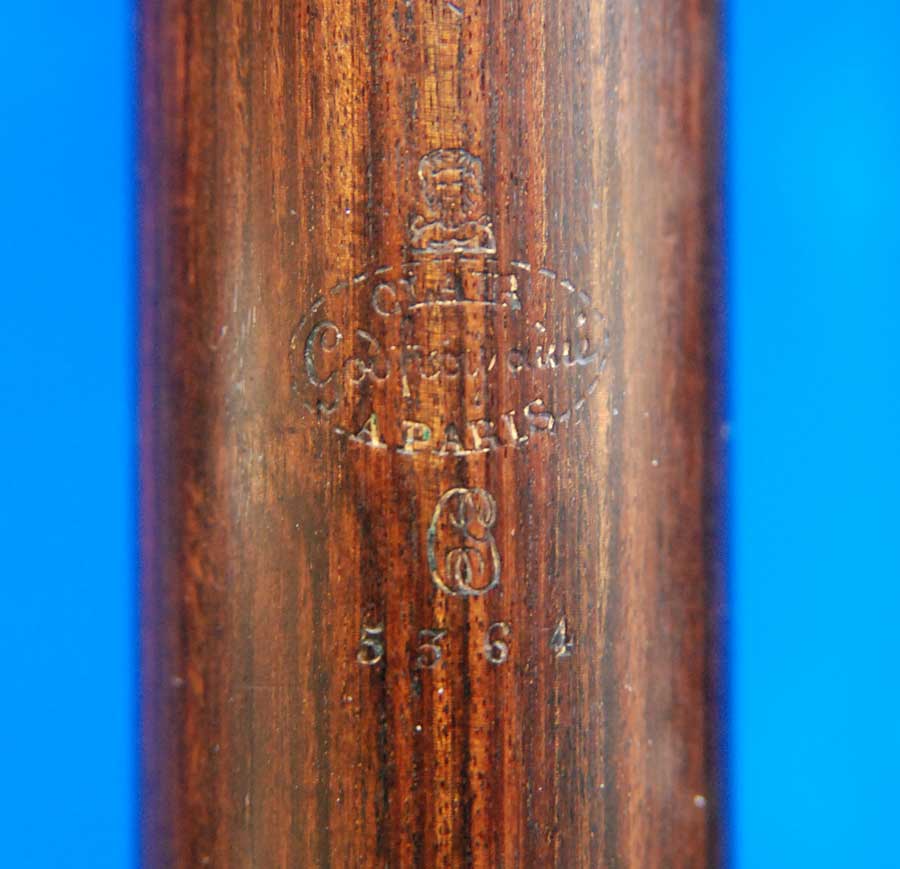 We estimate an extraordinary annual average of 303 simple-system flutes from 1818-1836. Thus this flute would have been made c. 1835, by which time Louis Lot was already co-owner of the business with his brother-in-law V. H. Godfroy. Godfroy and Lot were 28 years old and already at the head of their profession. Louis Dorus was playing on keyed Godfroy flutes until his conversion to Boehm shortly after this flute was built. 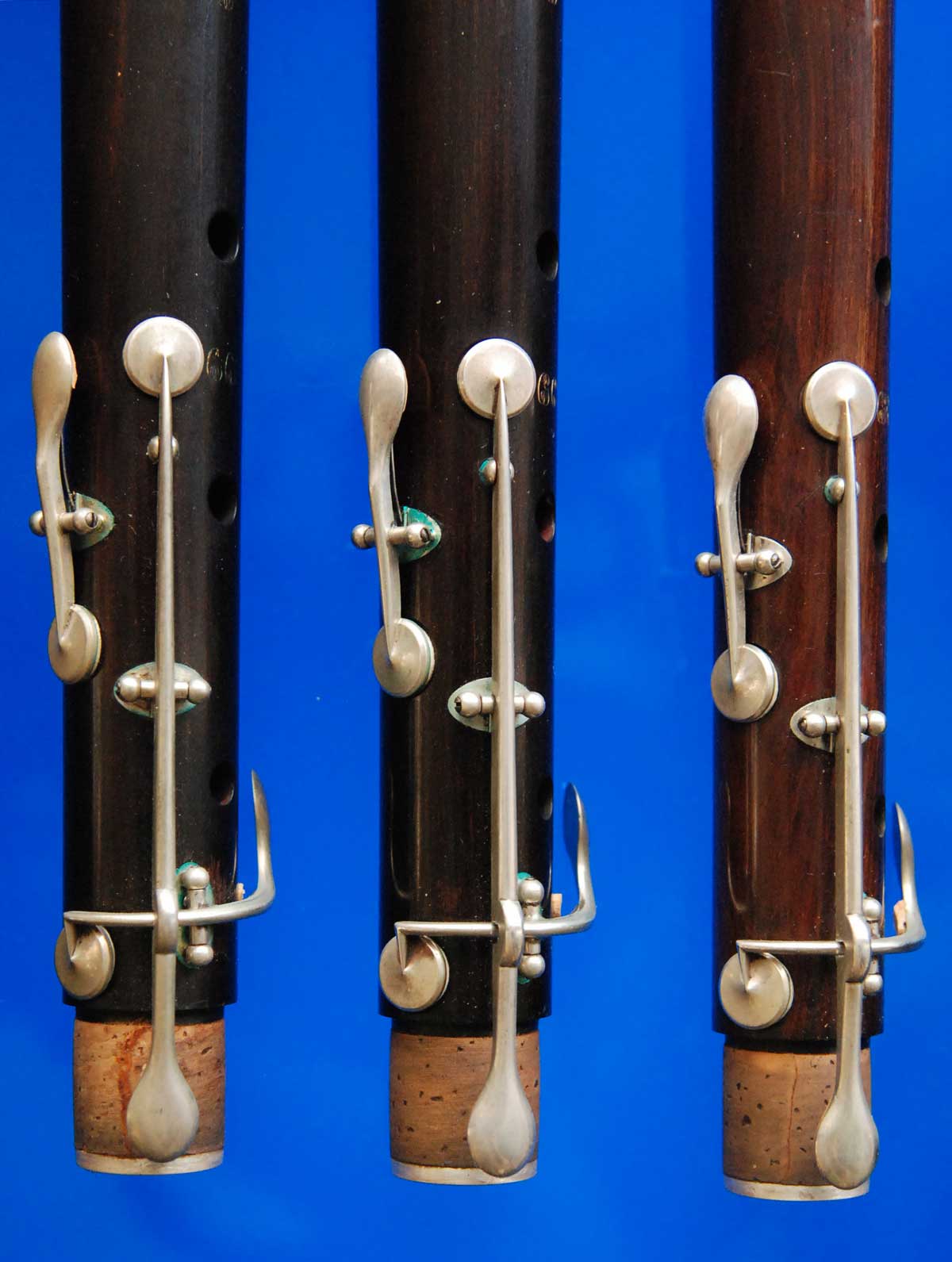 Claude Laurent first started running the G# key across the flute by 1809. This lovely instrument was used in historical recordings by a well known Dutch flute player. 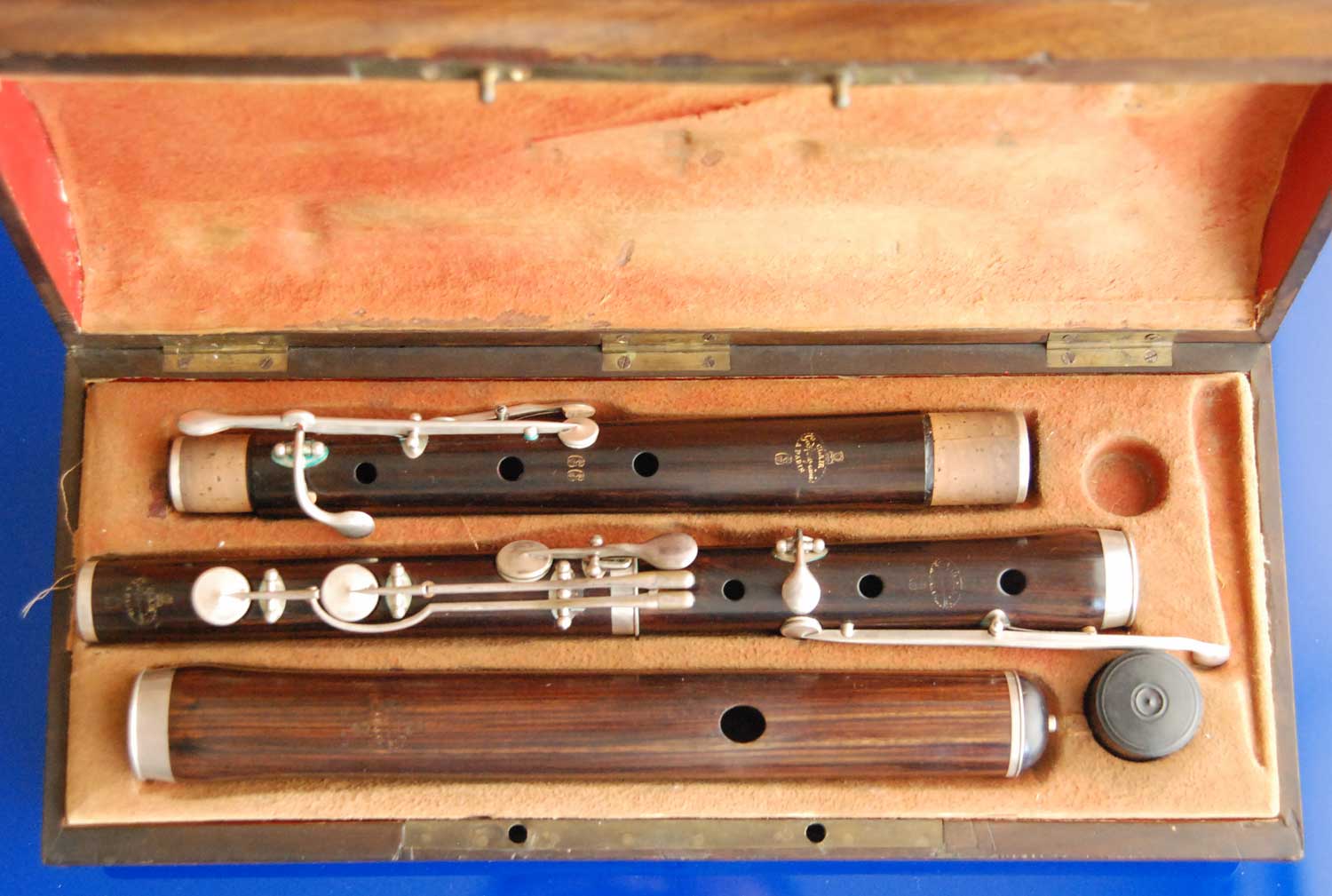 The suede lined case is in excellent condition. The headjoint and longest midjoint appear lighter in color, yet match the other pieces in grain. Of all the possible explanations, we assume that these pieces simply come from a lighter portion of the log. 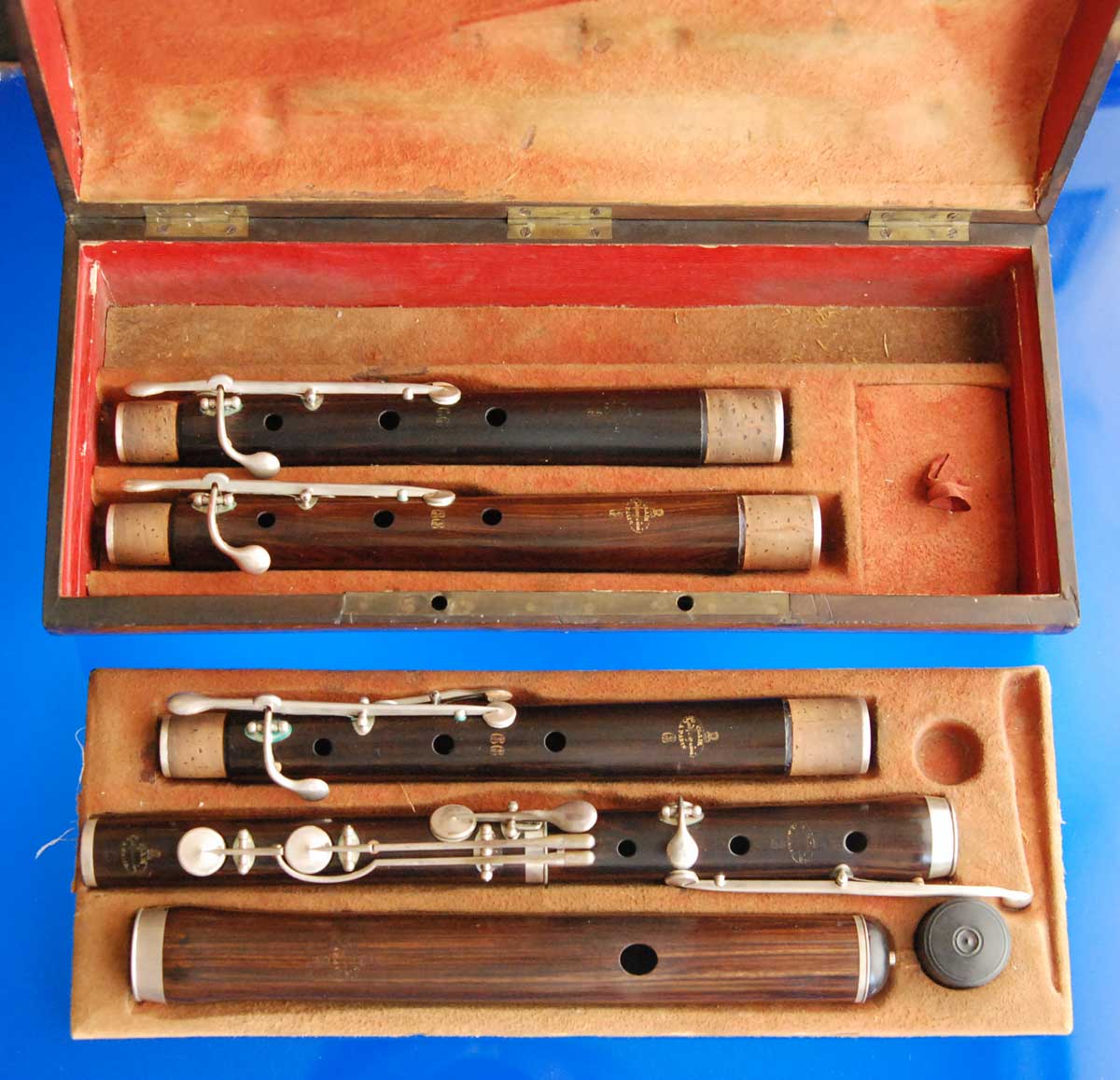 This superb flute has three midjoints, instead of the metal tuning slide in the headjoint. The case is elegantly fitted with two layers. The joints appear to play at A=430, 440, and 448. 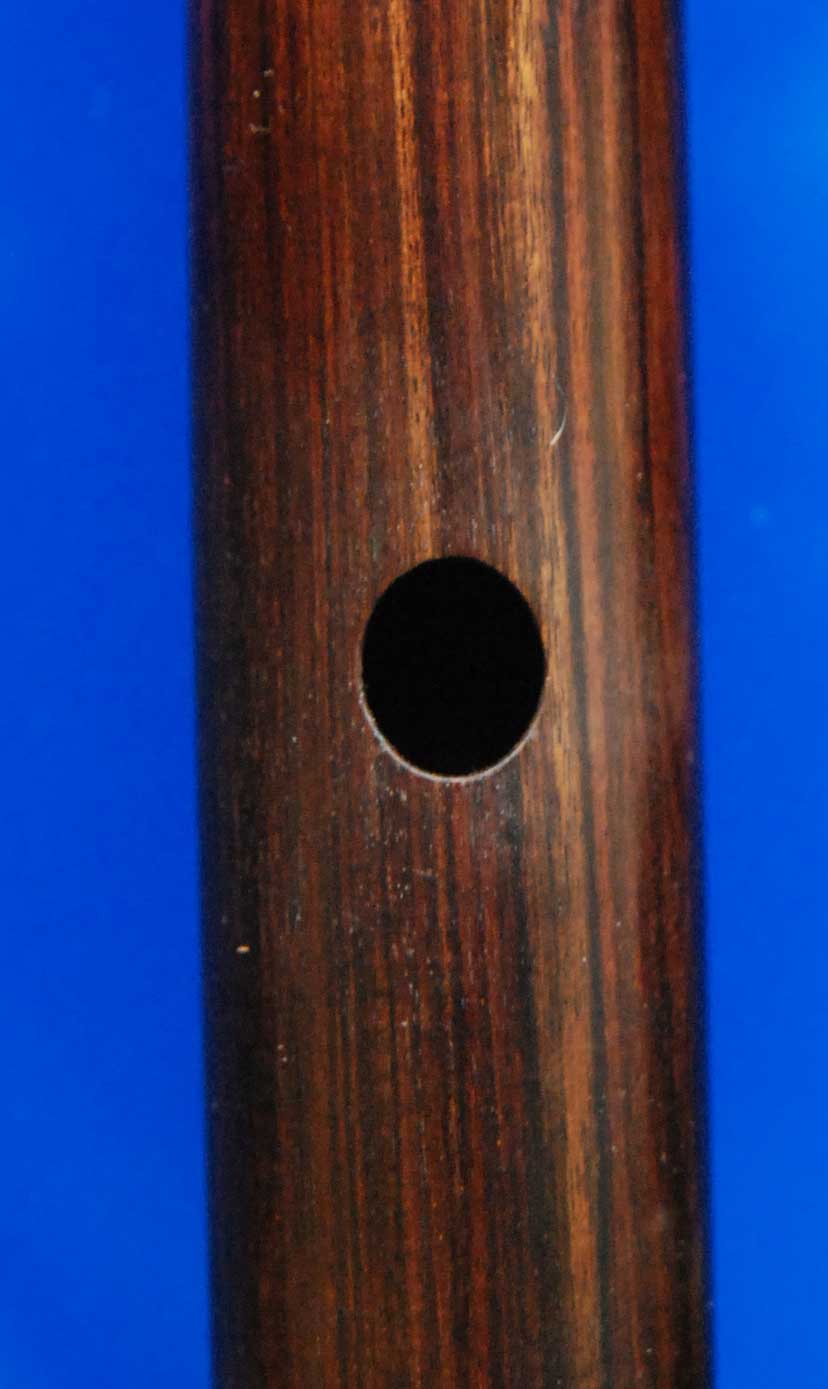 All of the tone holes have the same style of finishing inside, which looks as though the original owner sat down with the maker and had the flute finished just the way he wanted. 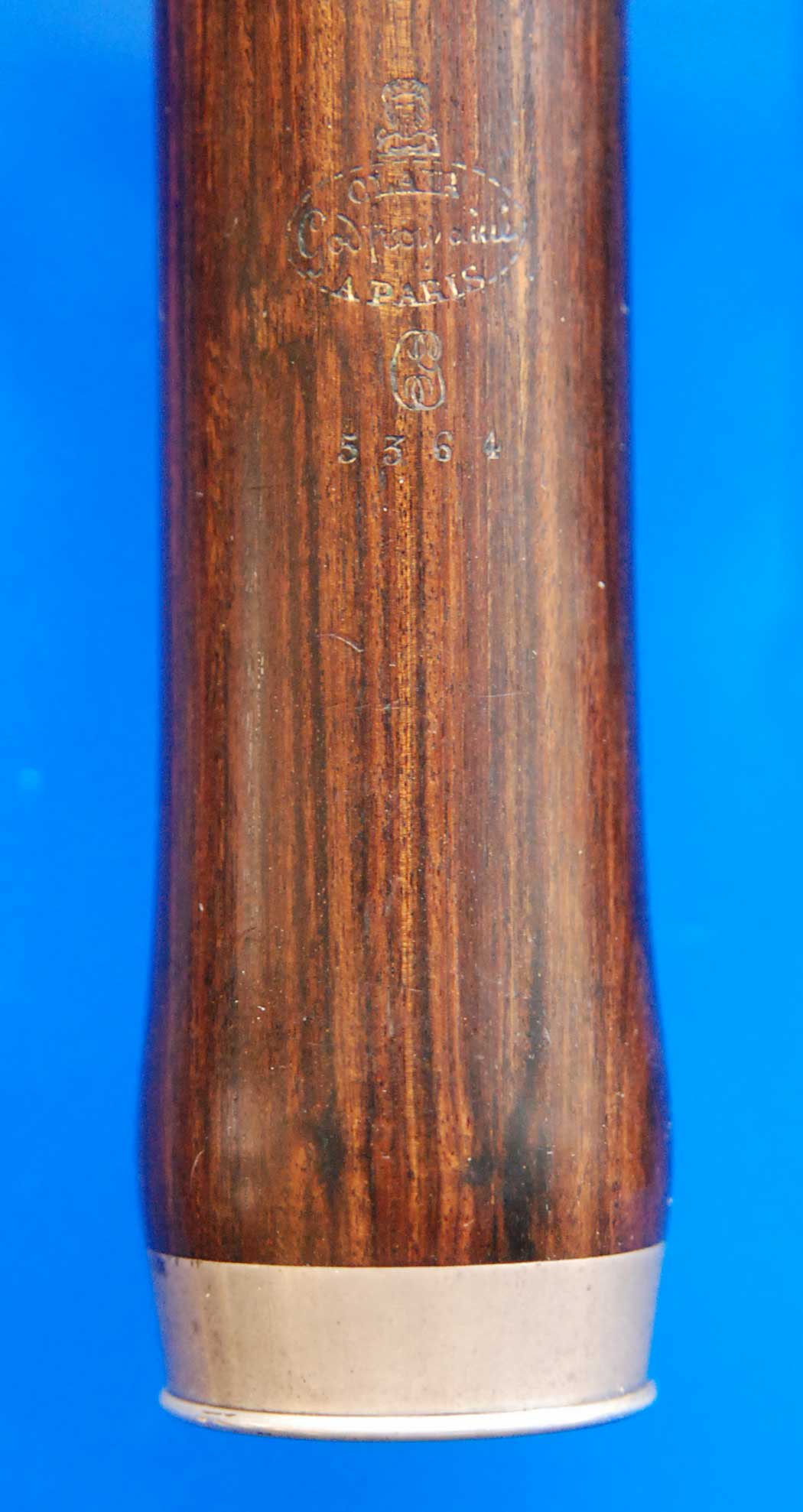 The workmanship, including the wood turning and the silver work, is of the very highest quality. Although Lot was probably working on the new Boehm 1832 system elsewhere in the workshop, this was nonetheless the highest quality of professional flute in France at the time. 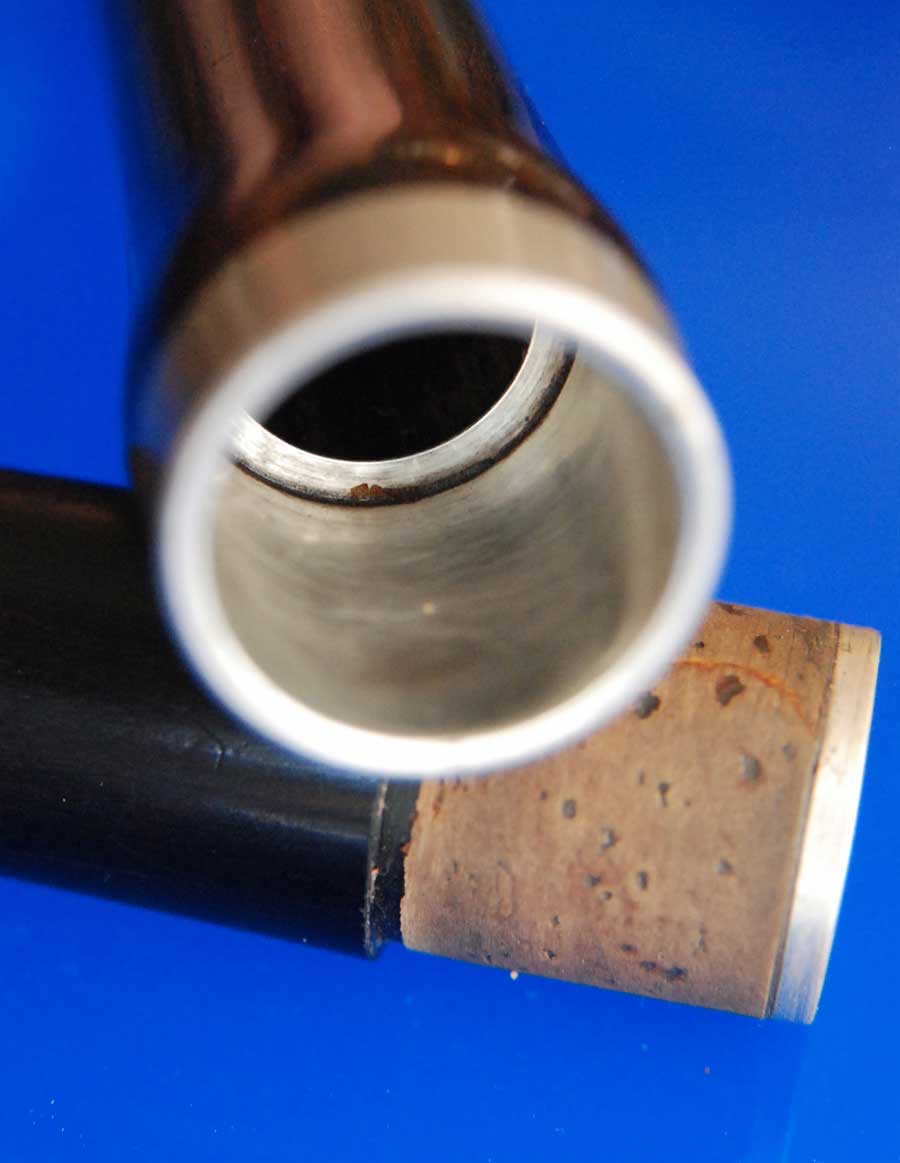 The silver lined headjoint socket. All of the sockets are lined this way on this instrument. At this time (c.1835), it would have been more common to build an instrument with a tuning slide rather than extra midjoints, thus we know that this was a specially ordered flute for a player with particular tastes. 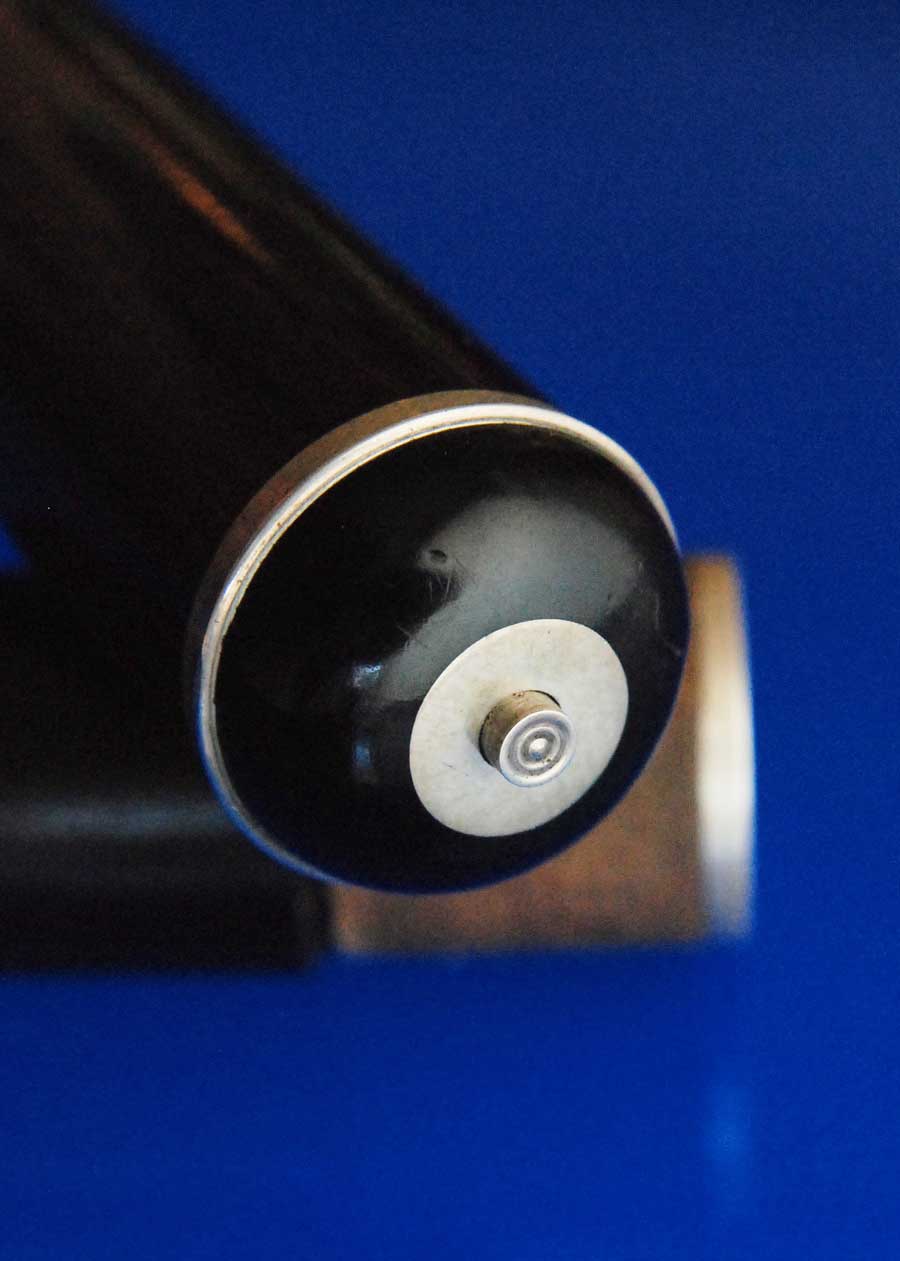 The crown with the silver tip of the cork adjuster peeking through. Always a position of potential ornamentation, this crown is elegant and simple, with the finely turned tip and the sweetly silvered top. 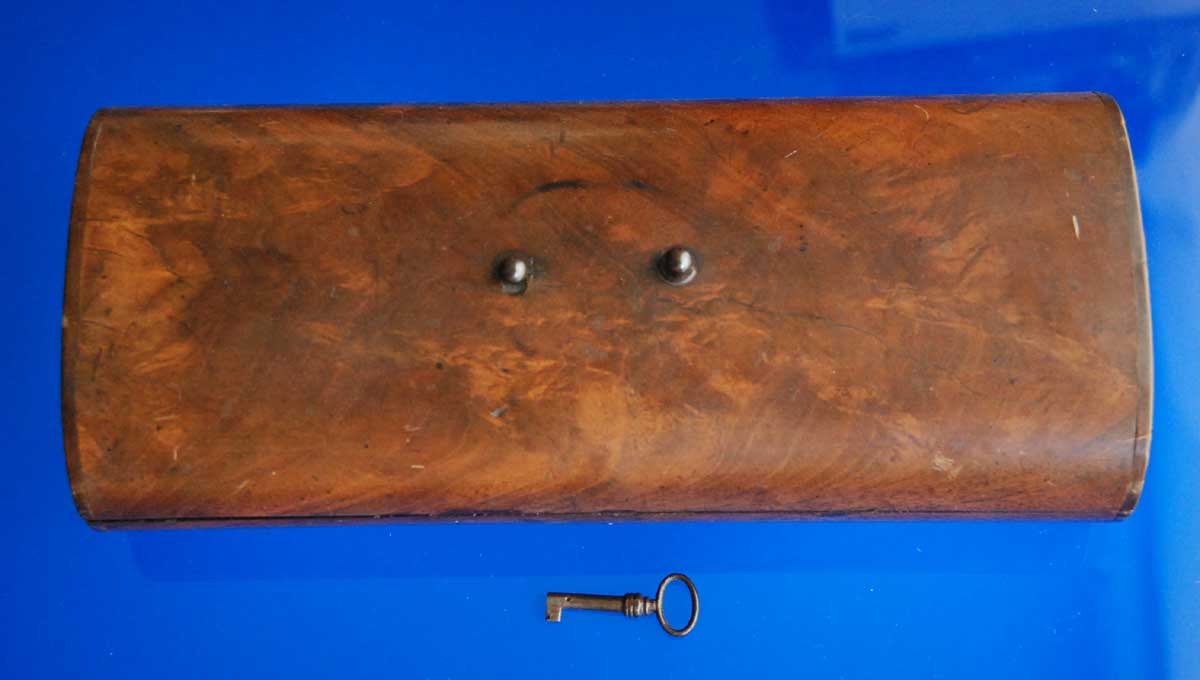 The wooden case is lined with leather, and is in excellent condition with the original key. The top handle is missing. 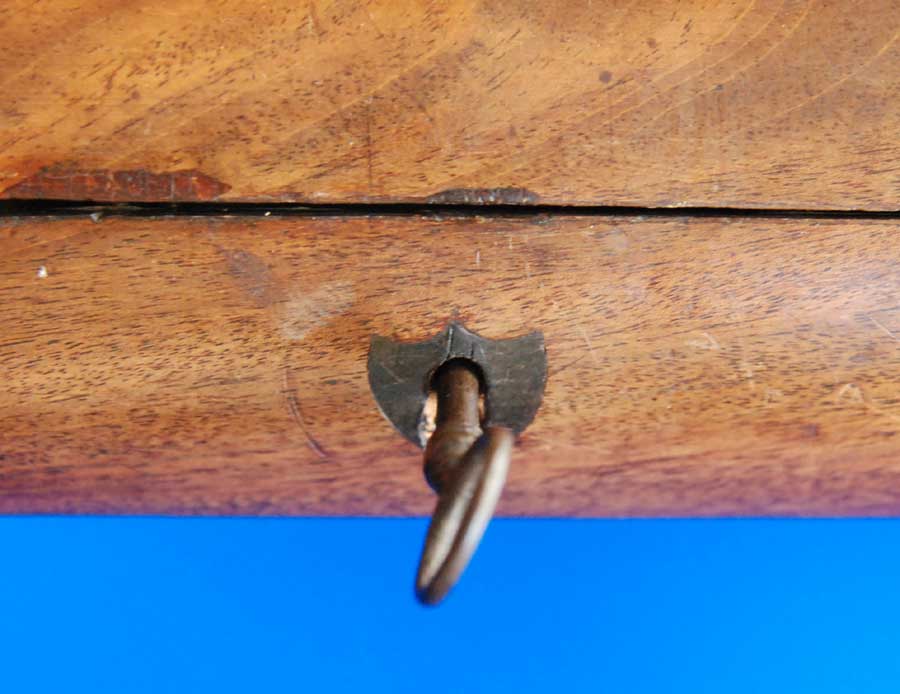