Comments: Fewer than ten concert flutes are known to have survived from the six years that William S. Haynes made flutes for J. C. Haynes. Serial numbers of 506 instruments, made from 1894 to 1900, presumably existed, since W. S. Haynes began his serial numbers at 507 in 1900 when he started business on his own. The other flute is in Peter Spohr's famous collection in Frankfurt. The Dayton C. Miller Collection has two flutes from this period, but they are of smaller sizes. This very rare instrument is a seminal artifact in the story of American Flutemaking.

Material: Made of an unusually figured African blackwood. The keys are silver and the springs are blue steel.

System: This high-pitch Boehm system flute is patterned after Boehm and Mendler, with the French G# and thumb Bb. The foot is to C. There were three principle flute designs popular in America in 1894, when J. C. Haynes asked W. S. and George Haynes to form a new flute manufactory. These designs were Louis Lot's for silver flutes, Boehm and Mendler's for wooden flutes, and the strange New York amalgam of world styles as made by Badger, Meinell, and Berteling, usually of silver, although Berteling had a popular wooden model of his own design. The Haynes' design choice was a slight modification of the Boehm and Mendler wooden flute, which was the flute of choice for Edward Heindl of the Boston Symphony, who is known to have loaned the Haynes brothers his flute for copying, and Carl Wehner, a former student of Boehm's and a customer of J. C. Haynes. This instrument reflects their choice, and is patterned almost completely after Boehm and Mendler, with the addition of the French thumb key and independent G#.

Condition: The condition of this flute is well used, but not harmed from abuse. The mechanism is tight, yet the set screws are worn. There are no signs of damage or abuse.

Case: In old case, whose space for the headjoint is 4 mm larger than this joint. 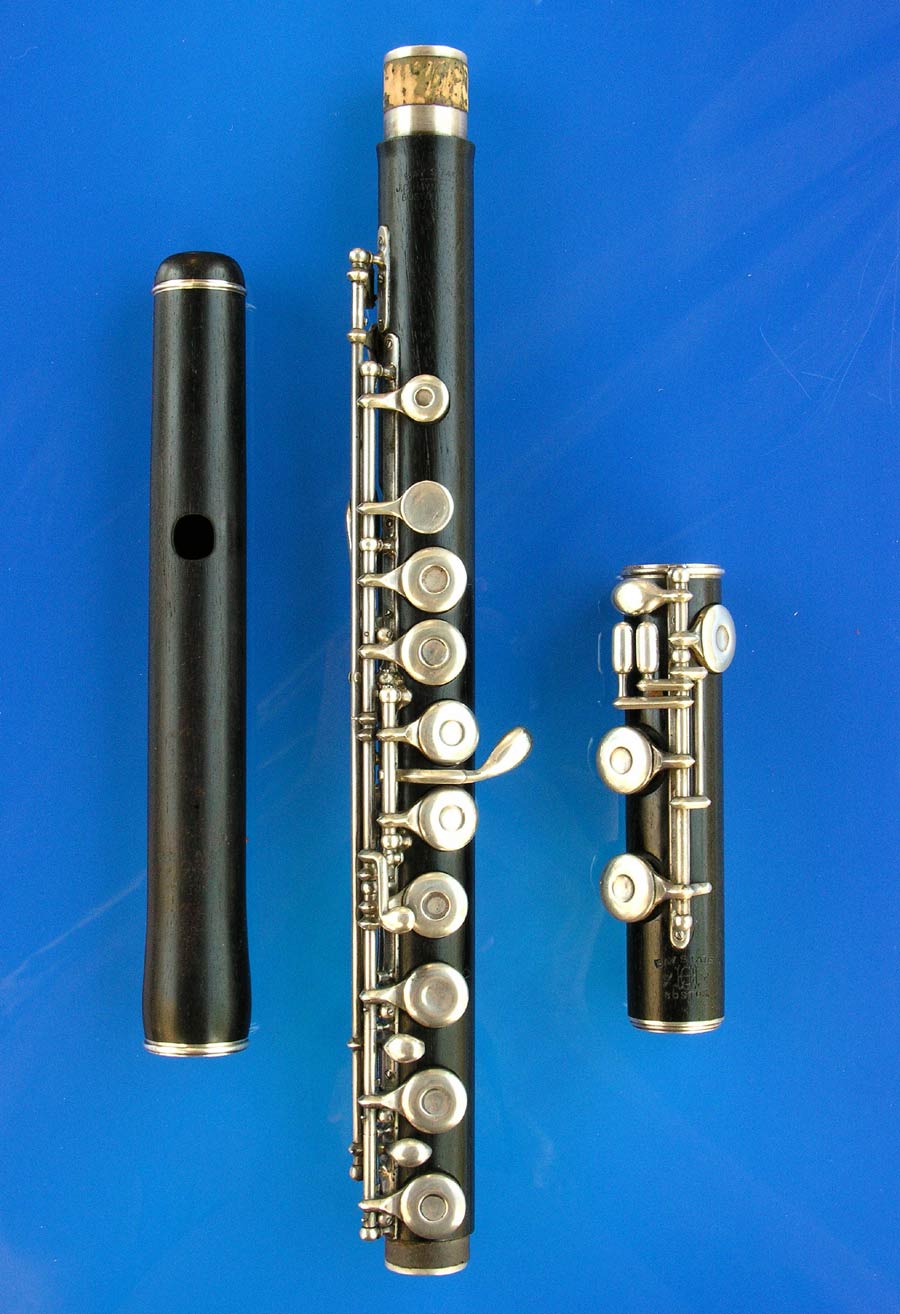 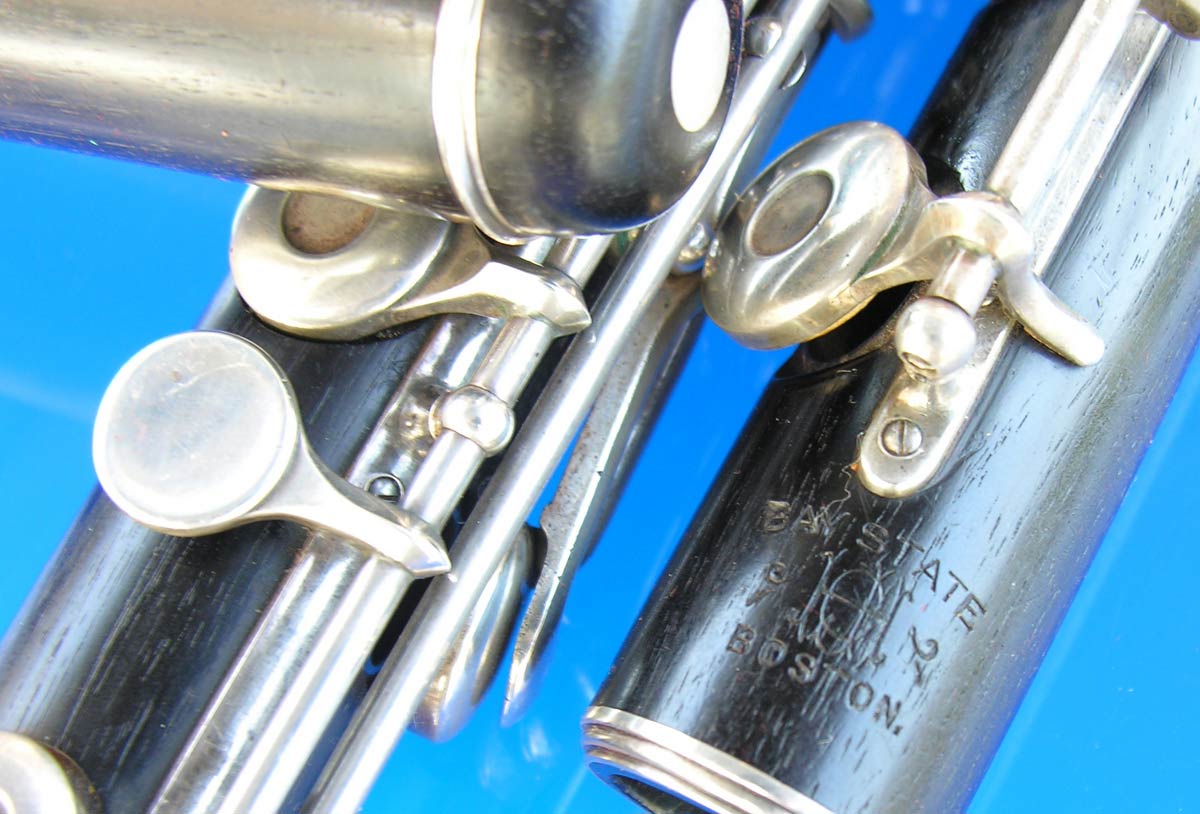 Haynes' mechanism is taken from Boehm and Mendler, which is no surprise, considering his Boston patrons were playing Boehm and Mendler flutes. Here the right hand clutches are all shoulder-mounted balls with set screws to rest on rounded spades which are pinned to the F# rod. These "shoulder-ball" clutches were first used by Boehm and Mendler.

The Haynes footjoint is the advanced pinless design, probably developed in Louis Lot's shop. The rest of the foot, especially the roller touches, are after Boehm and Mendler. 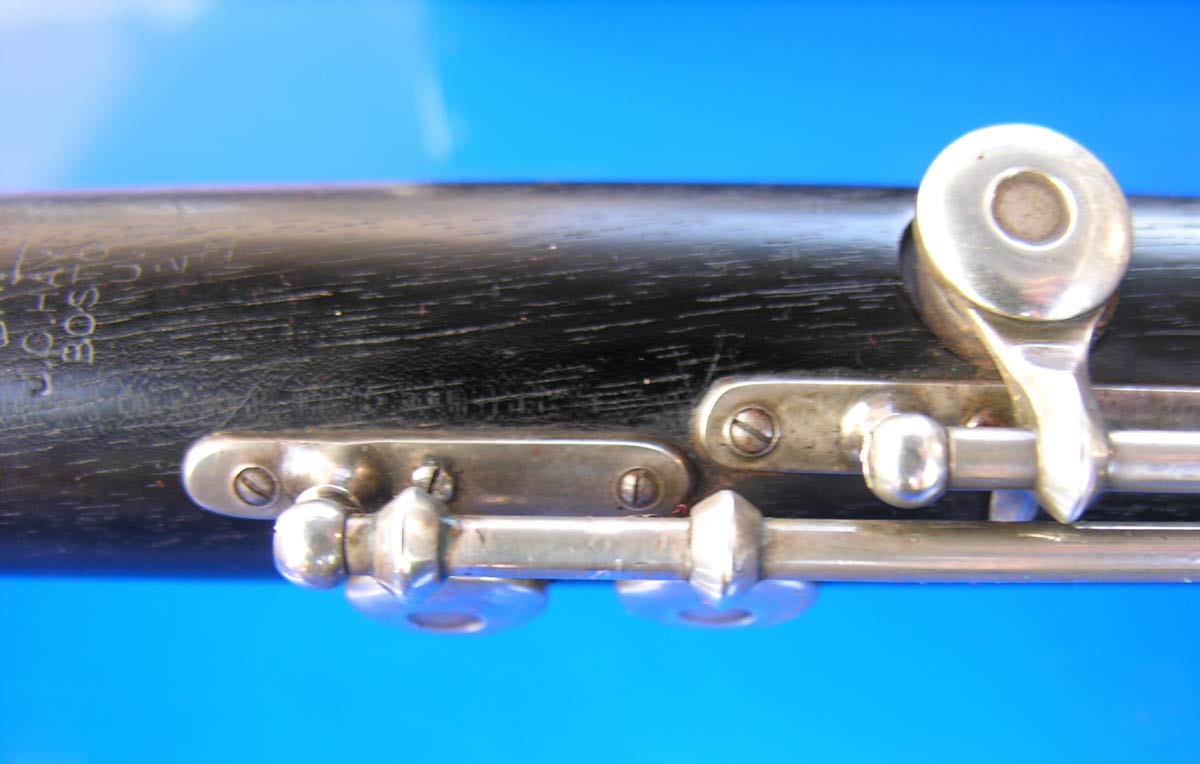 Haynes modified the French preference for a separate trill key strap, adapting this to his round-edged German aesthetics. 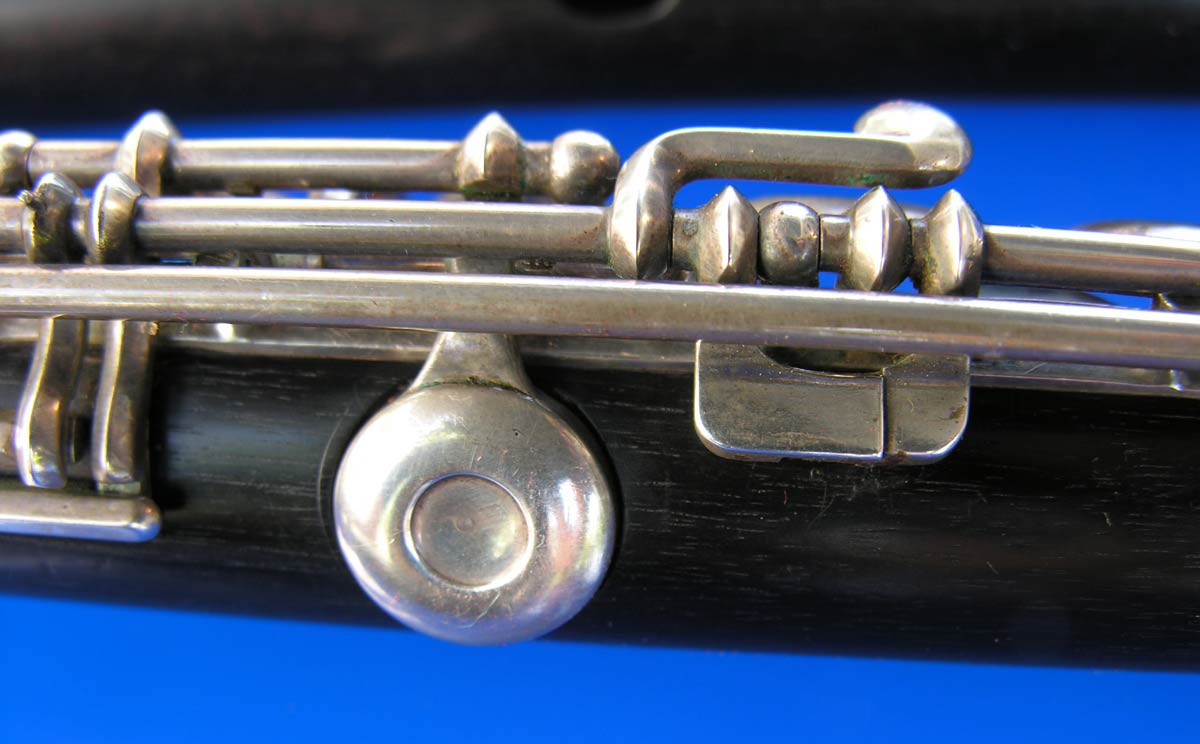 Although others often included an adjustment screw in this two-piece back-clutch design, nonetheless Haynes followed Boehm's lead in leaving out Lot's F# tail. 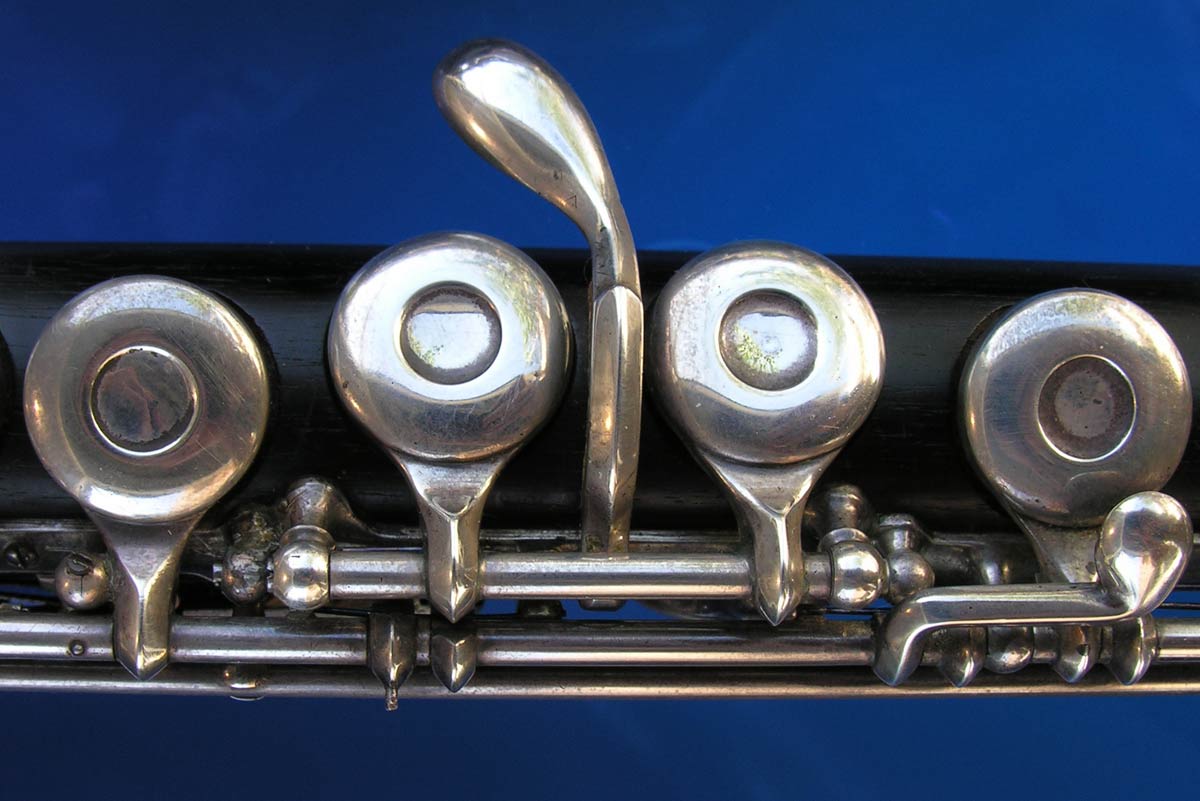 I think Boehm built this offset G mechanism for it's simplicity. He would attach the touch to the G# and spring it open. It turns out to be very useful for the hand position, and remains an option on flutes today.