Stamp: On all joints: (fleur-de-lis)/ KELLER/ (upright arrow); additionally on heartpiece: */ A* STRASBOURG/ *

Marks: No marks visible under key.

Comments: This instrument clearly appears to be one of the very rare flutes from the workshop of the elder Johannes Keller, who was admitted as a turner in 1736, and was the sole Keller until his son, Johannes Jr., was himself admitted as a turner in 1765. This flute could actually have been made at any time throughout this period of 1736-1765; it would have been very "cutting edge" in 1740, but a bit old fashioned in 1765. Johannes Keller was roughly contemporary with Thomas Lot, and this instrument is very similar to the Lot design. This instrument is a very fine player, in spite of some typical tuning irregularities. Nonetheless, there is a very strong low D, and great sound all the way up to high G. The A is hard for me to hit, but this embouchure is so small I am totally surprised to get the powerful sound and great articulation that this flute has. This instrument was brought to us by Nancy Andrew of the Moyse Society, with the information that it had belonged to Marcel Moyse, and had hung on Moyse's wall for many years. A later phone conversation on May 13, 2005, with Michel Moyse, the grandson of Marcel, confirmed that this instrument had belonged to his grandfather, and had hung on the wall, but he doubted that Marcel Moyse actually played it much. The flute arrived here with mostly new threading (less than 100 years old) which was in a bad state. We have replaced the threading and the head cork, and oiled the flute. The previous threads are preserved with the flute. Remarkably, this flute is a great player. The embouchure hole is so very small that it takes a while to get used to it, but the "sweet spot" is so effective that the instrument blooms with strong volume and fine tone quality. Often with old flutes the head cork wants to be much further away from the blowhole than natural, and the same is true of this flute. This instrument may not be easy to perform on today, since time has surely altered the original bore dimensions, but it comes tantalizingly close. The very fine tone and mostly good pitches, with low overall pitches for the three joints (c. A=407, 417, 427), make this a valuable discovery of a very interesting late Baroque traverso.

Material: This flute is made of very nice boxwood, with ivory trim and one silver key. The key appears original, but it has been fitted with a new steel spring. The cap is ivory and friction-fit in the head, with no cork adjuster.

System: This is a one keyed flute with three interchangeable midjoints for adjusting the pitch. The embouchure is very small, 7.9x 8.4 mm, and, along with the tone holes, is very broadly undercut. The spring for the single key appears to have been originally attached to the wood; there is now a more recent steel spring riveted to the key. The head cork is free, and the ivory cap is friction-fit.

Condition: The condition of this flute is absolutely remarkable. It is practically perfect in every way. There is very little wear on the instrument, and no damage. The flute is completely uncracked, except for the bottom ivory ring, and a few nicks in the cap. The original spring is gone, although there is still a strange piece of brass under the key. The embouchure and tone holes are all perfect. The wood under the wrappings is very clean.

Pitch: The three joints are approximately pitched: A=407, 417, and A = 427. The short joint barely works; this flute was clearly built to play low. The pitches are a bit hard to determine, since the head cork wants to be very far out for the flute to pull together. Nonetheless, she plays very nicely indeed, especially with the middle and lower joints.

Case: In possibly original paper-covered cardboard case. The ends of the case are gone, and were replaced with pieces of modern cardboard and masking tape. 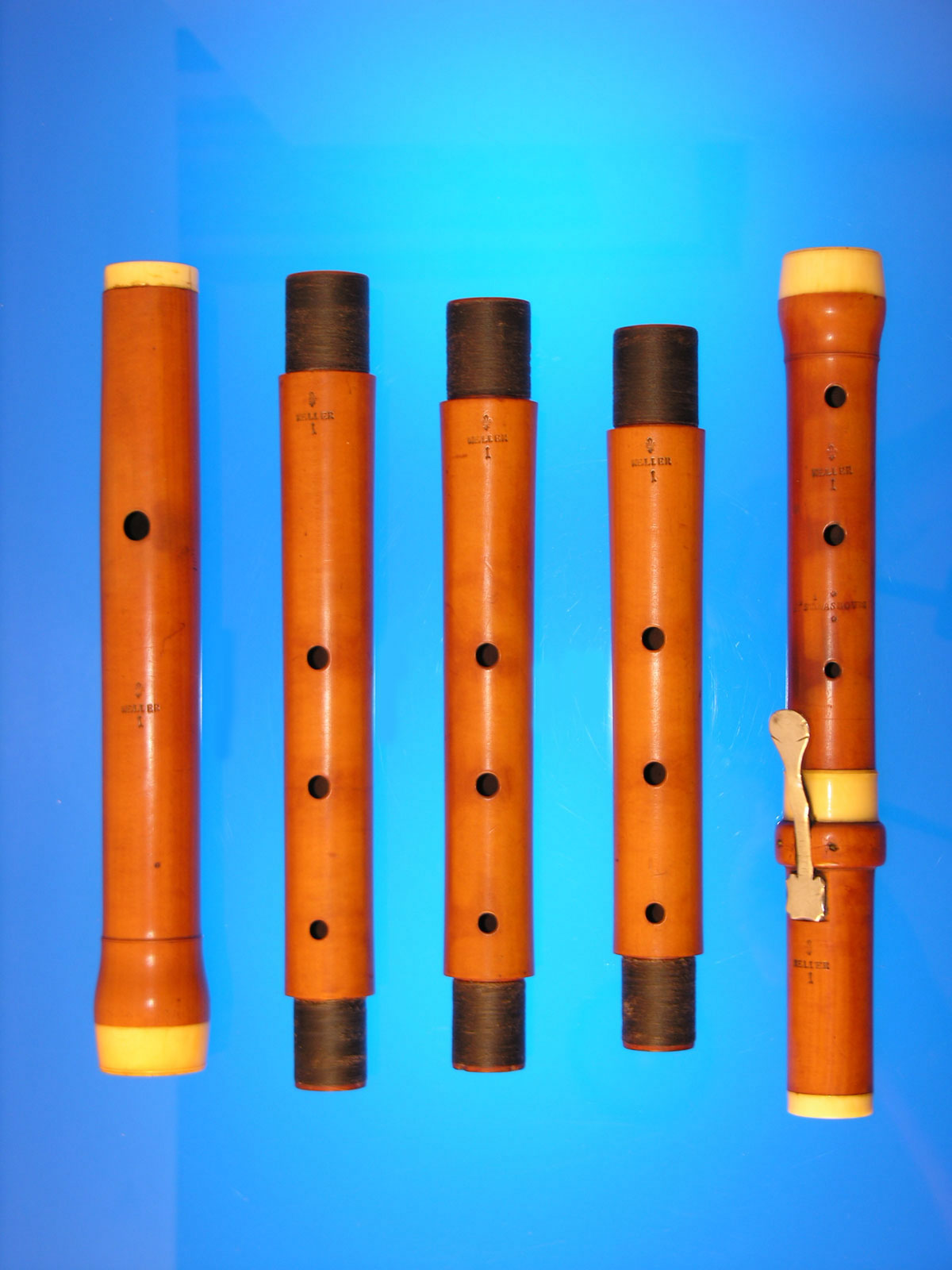 The single silver key was originally resting on a spring attached to the wood of the flute, but a replacement spring was long ago riveted to the key. 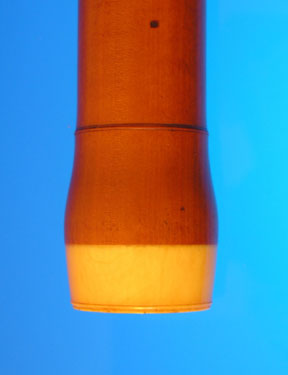 The headjoint socket shows the exquisite turning of a simple and elegant design. 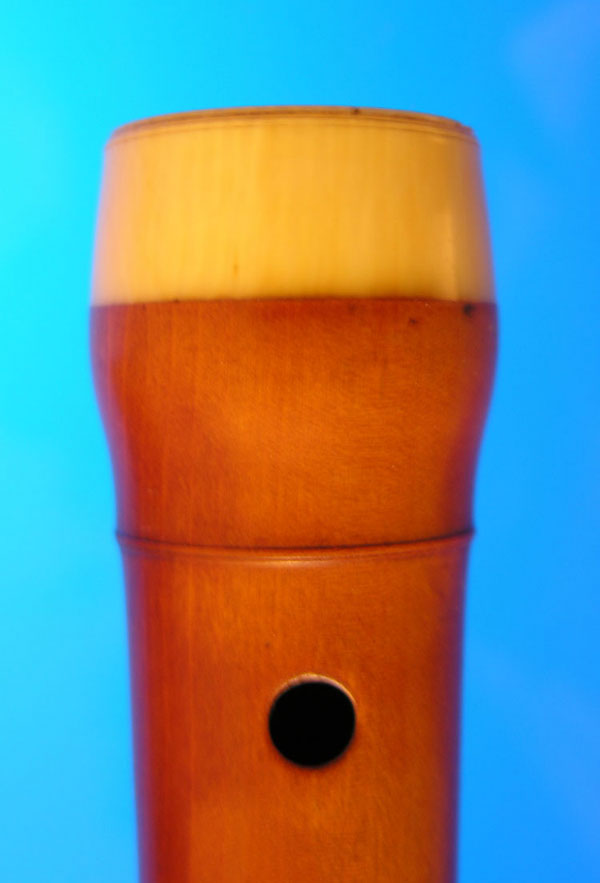 The heartpiece socket is also finely turned. The G hole, like all the other holes, is broadly undercut in the style of Thomas Lot. 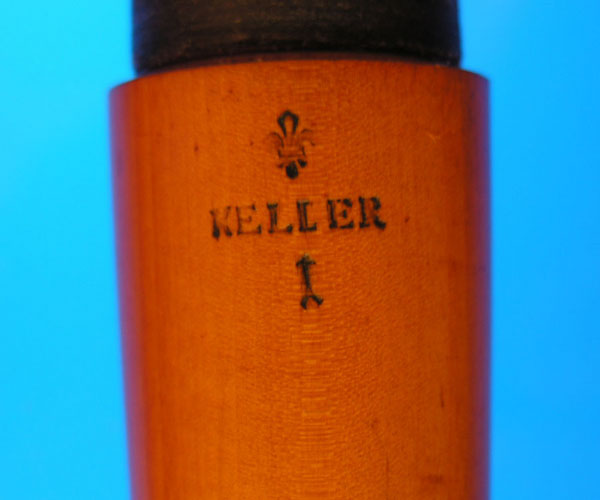 This is the stamp of the elder Keller. Later generations would add a flying, trumpeting putti. 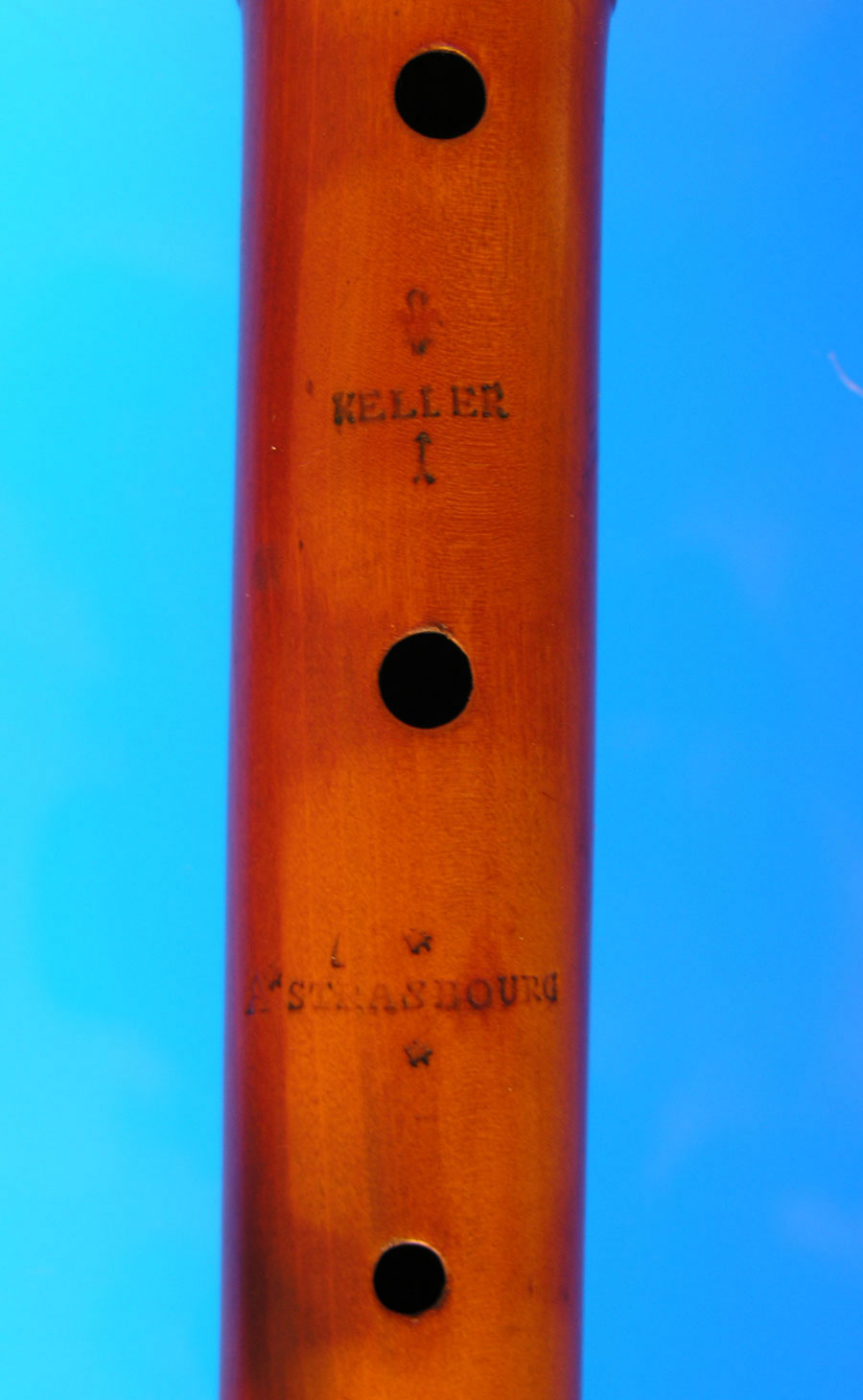 With the possible exception of one flute, in Moscow's Ostankino Mus. (Young), this is the earliest flute known from this famous family of woodwind makers.